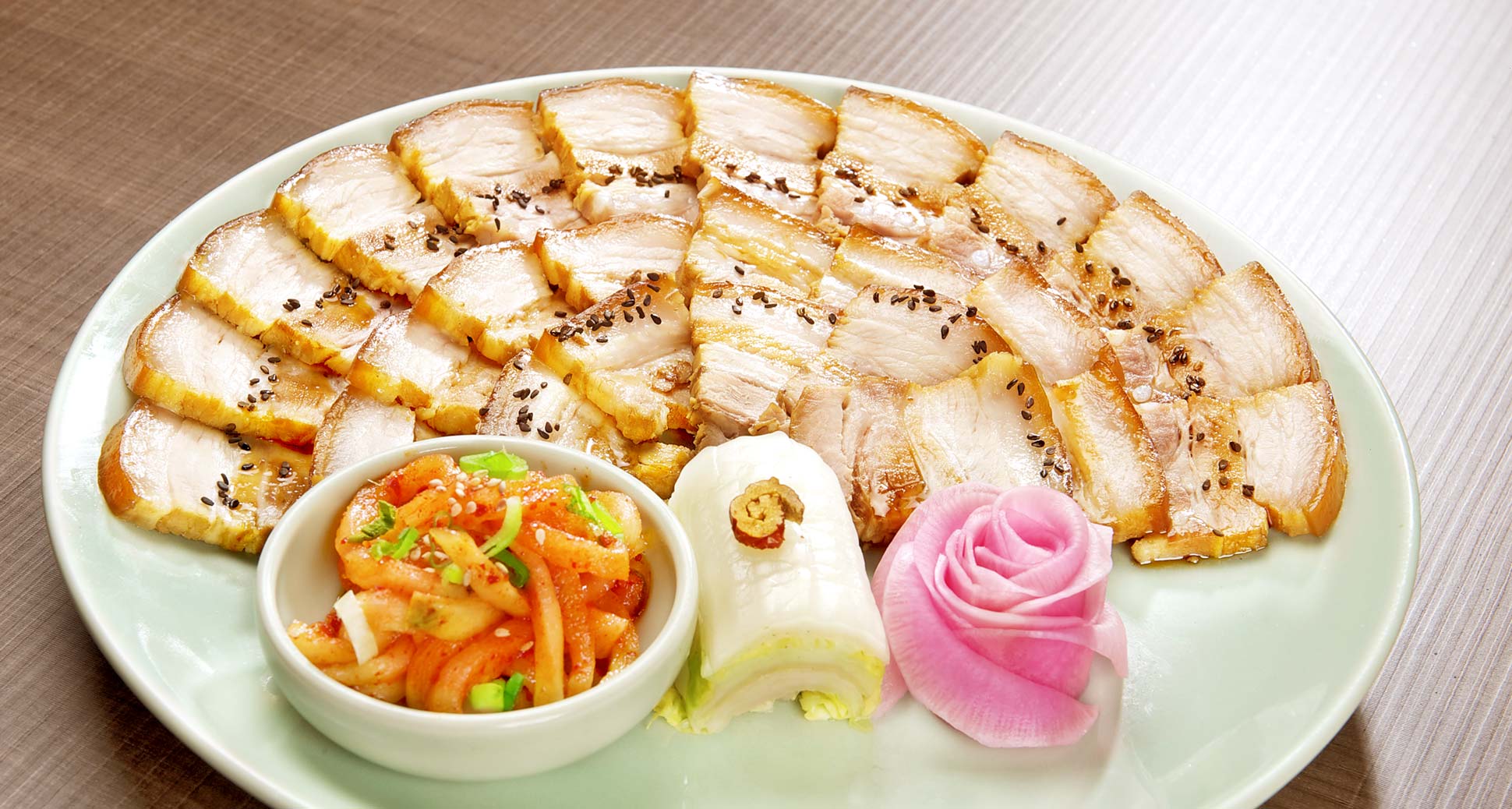 Bossam, one of all time favourites in Korean cuisine, is fine cuts of pork belly slowly simmered in oriental herbs. This glorious Korean food is often said to be the stuff that makes grown men weep for joy.

You take the napa cabbage leaf, place the pork, and a right amount of sweet Bossam Kimchi, Ssamjang (a fiery(!) soybean paste), & oysters inside depending on your preference. Then wrap them up and take a big bite — although Korean cuisine connoisseurs (:D) say, to get the full experience, you must eat it in one bite (:D :D). It’s simply epic! The idea of combining these foods together may seem awkward at first, but any doubts will fade away once your tongue gets its first taste.

Bossam’s origin is “not surprisingly” tied with kimchi. For several centuries in Korea, one of the most important tasks in preparing for the winter was Gimjang (김장, also spelled kimjang), the traditional process of preparing and preserving kimchi. Before the arrival of winter, large quantities of kimchi were prepared and preserved for one month during the late fall.

Because Gimjang is involved in producing large quantities of kimchi, many working hands were required. During Joseon Dynasty, which ruled Korea from 1392 to 1910, the noble class had their servants to take on this laborious work, where, to feed their servants well, the noble throw a neighbourhood cookout. Pigs would get steamed and other comfort foods get prepared. The servants would enjoy this steamed pork along with some of their newly-made kimchi, which, being early in the fermentation process, was a fresh and crispy compliment to the soft, steamed pork. This whole festive process is Bossam’s origin.

The iconic Bossam is today common even outside Korea, including here at SURA Korean Cuisine Restaurant! At SURA, we take pride in using only the freshest & the finest ingredients available to serve our outstanding customers with this delicious and healthy Korean food. Just trust us, you need to have this Bossam in your life! ^^

View our delicious Bossam here on our menu.