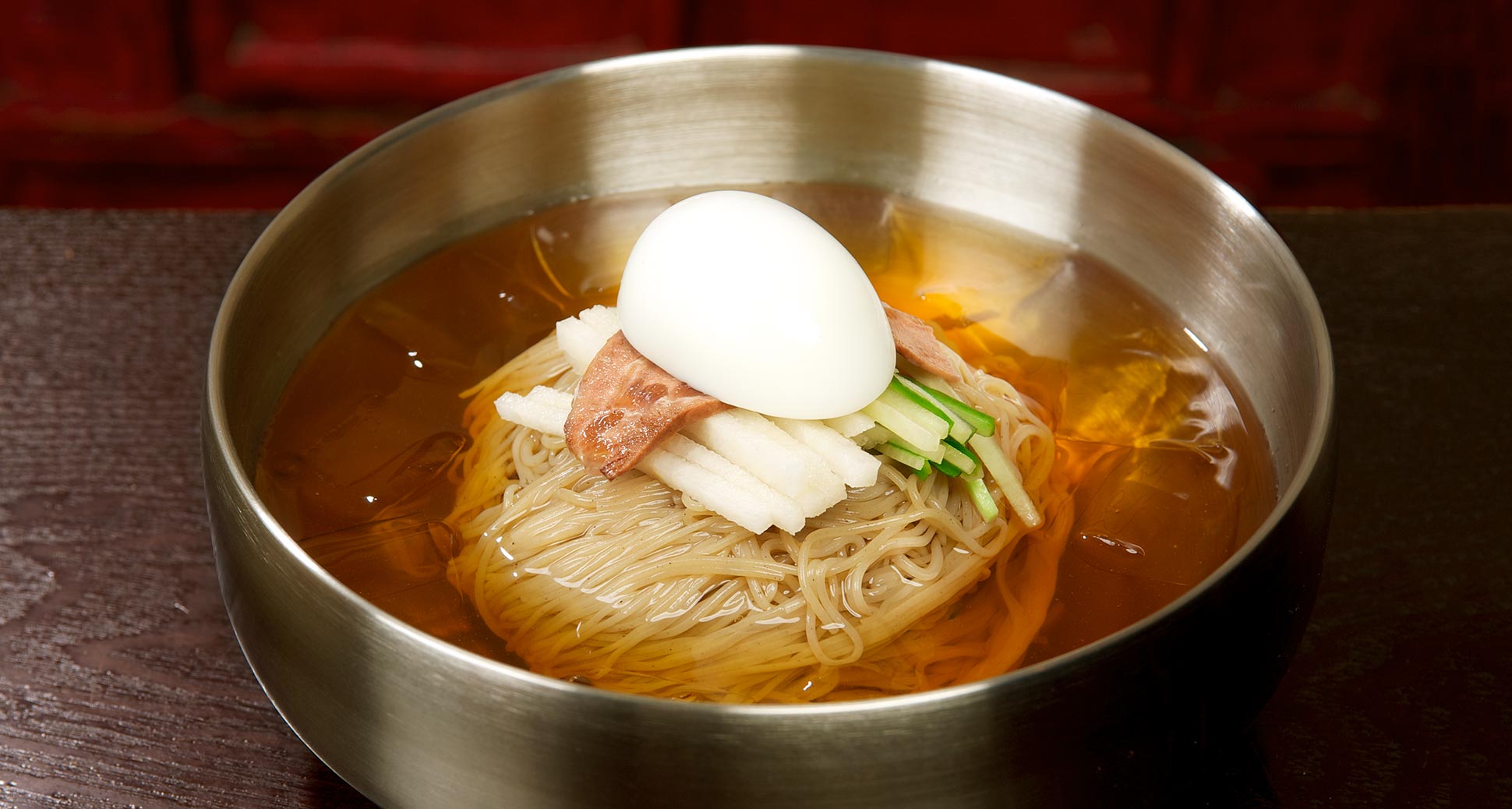 Looking for a simple, yet delicious noodle dish that cools you down but doesn’t fill you up?

Today, SURA Korean Cuisine introduces you to one of our favourite Korean meals for those sizzling hot summer days, Naeng-myun. No introduction might be needed because this dish is so well-known and greatly popular: Naeng-myun is a Korean cold noodle dish.

If you want to get a little more advanced, there’s two types of Naeng-myun. There’s Mul Naeng-myun, which literally translates as cold water noodles. Also there’s Bibim Naeng-myun, and that one is a cold buckwheat noodle dish served with a red chili paste. It’s spicy, but sweet + spicy.

Our version of Mul Naeng-myun: proper cold buckwheat noodle served in a tangy iced beef broth with cucumber, slices of Korean pear, and a slice of boiled egg. Mmmm… mouthwatering.

Sometimes this thin buckwheat noodles in a iced beef broth dish can be difficult to eat because it’s made with very long noodles, but our server will likely ask you if you want the noodles cut with scissors. Or simply we will serve you the dish along with a pair of scissor. Have it go for your linking!

After enjoying a bowl of this delicious Korean noodle dish, you’ll know you can finally tell your friends that there’s definitely more to Korean food than grilled meat and hearty stew!