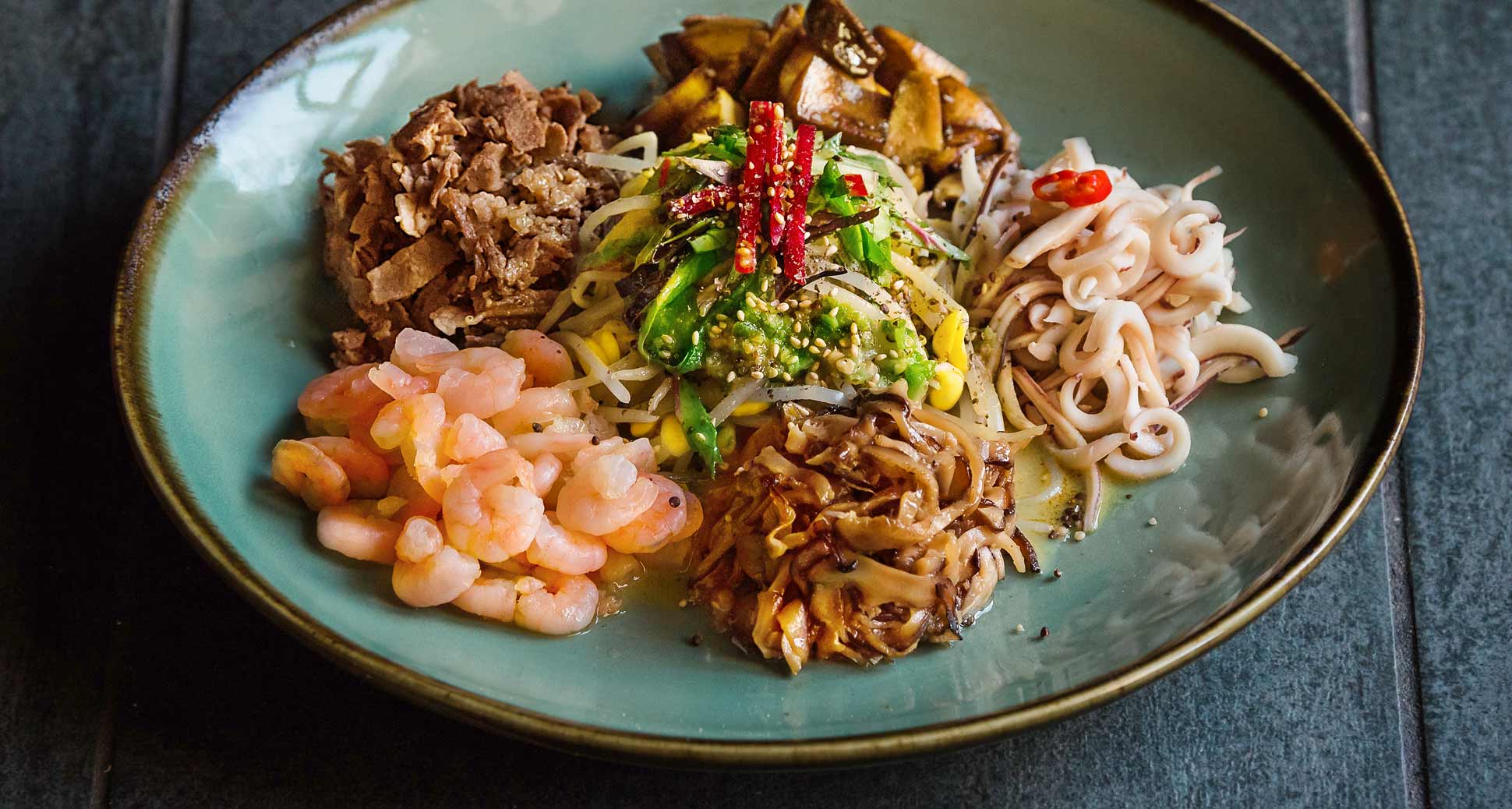 In this new dish, there is a joyful attempt to play around with Summer flavour, while still using Korean ingredients to keep to tradition.