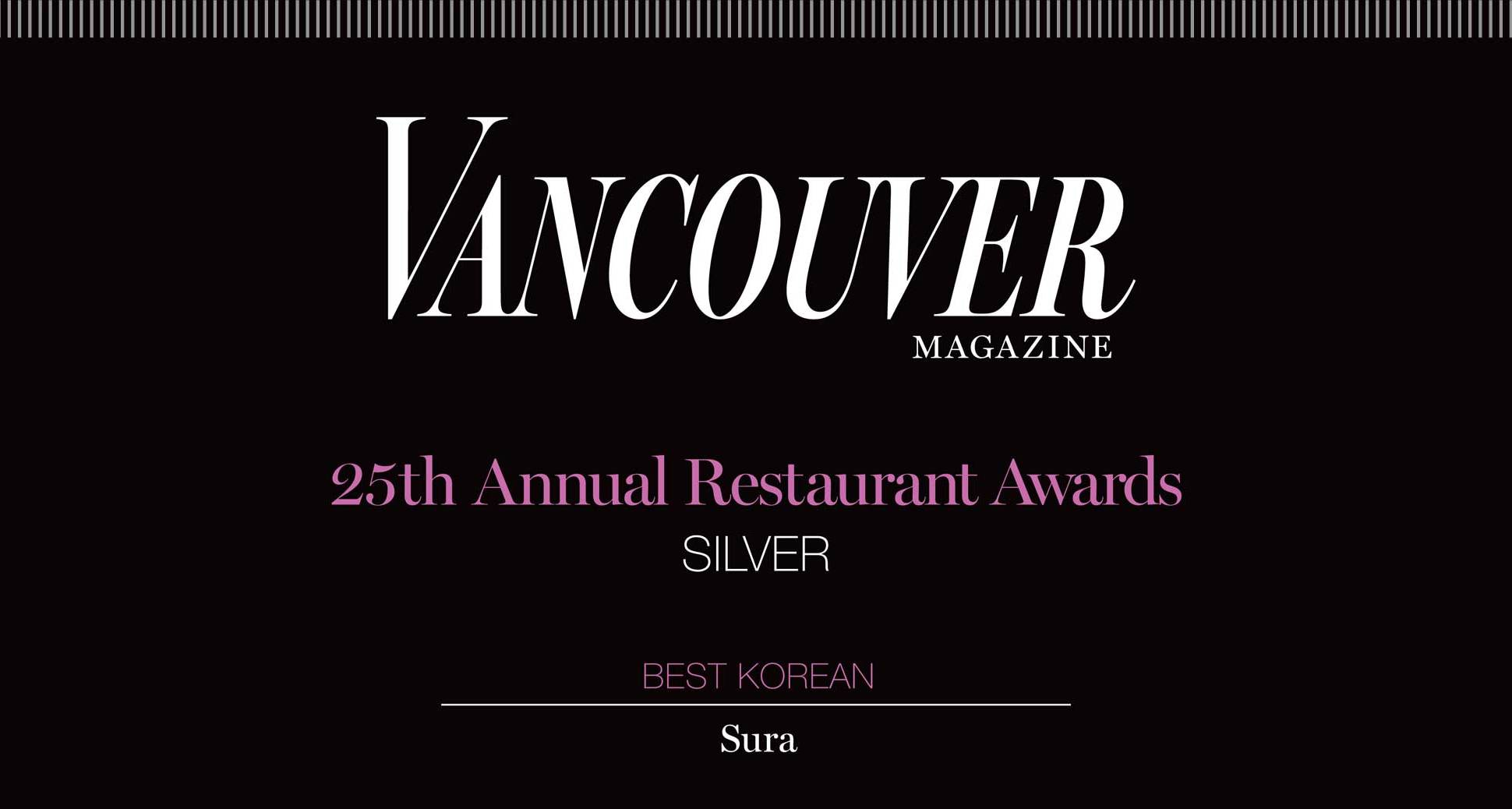 We are proud to announce that SURA is the Best Korean Silver winner of Vancouver Magazine’s 2014 Restaurant Awards! The judges said “SURA Korean Royal Cuisine Restaurant does for Korean what the Hapa restaurants did for Izakayas: it makes things modern and clean, delivering a well-edited menu that’s approachable for tourists yet doesn’t dumb down flavours.” Thanks for the kind words! And we couldn’t do it without the support of our customers! Thank you!