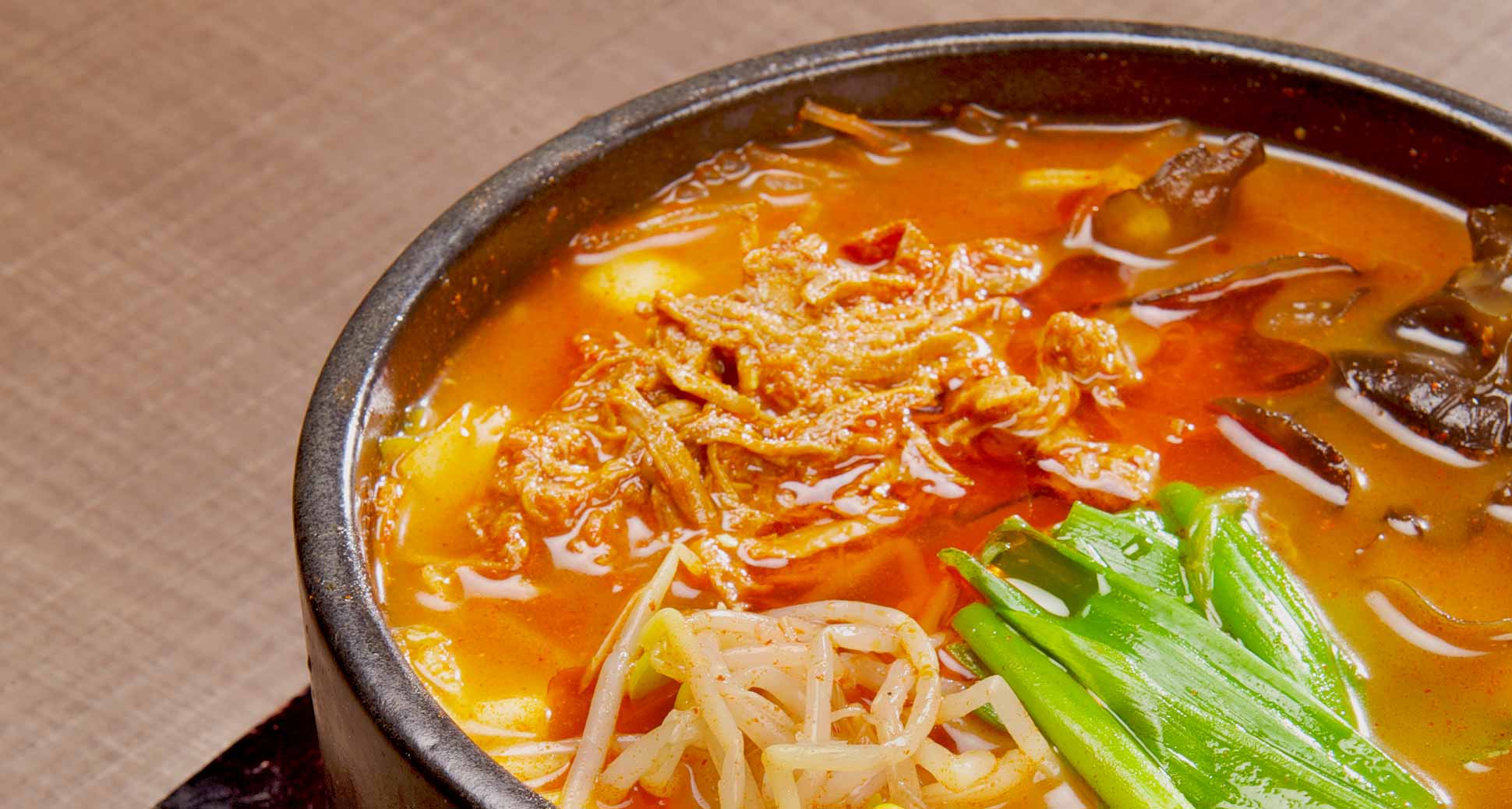 Yukgae-jang is a Korean style hearty, spicy beef soup made with shredded beef, lots of scallions and other vegetables such as Gosari (Korean fernbrake fiddleheads), beansprouts, and mushrooms. This is specially a great dish for this season when the temperature has dropped below 10. You won’t need anything other than a bowl of freshly cooked steamed rice for a completely satisfying meal.

Because Yukgae-jang is a thicker stew-like soup, jam-packed with beef and vegetables; its rich flavour helps with blocked noses, while the high liquid content helps rehydrate while recovering from a cold (or heavy night out!).

We’ll tell you this dish would have you saying “mmmmm delicious” over and over until people around you start feeling uncomfortable. Someone will have to poke you back to reality. Yeah, it’s that tasty

Now, you can visit SURA Korean Cuisine Restaurant for this great deliciousness!

Click HERE to view Yukgae-jang on our awesome menu!