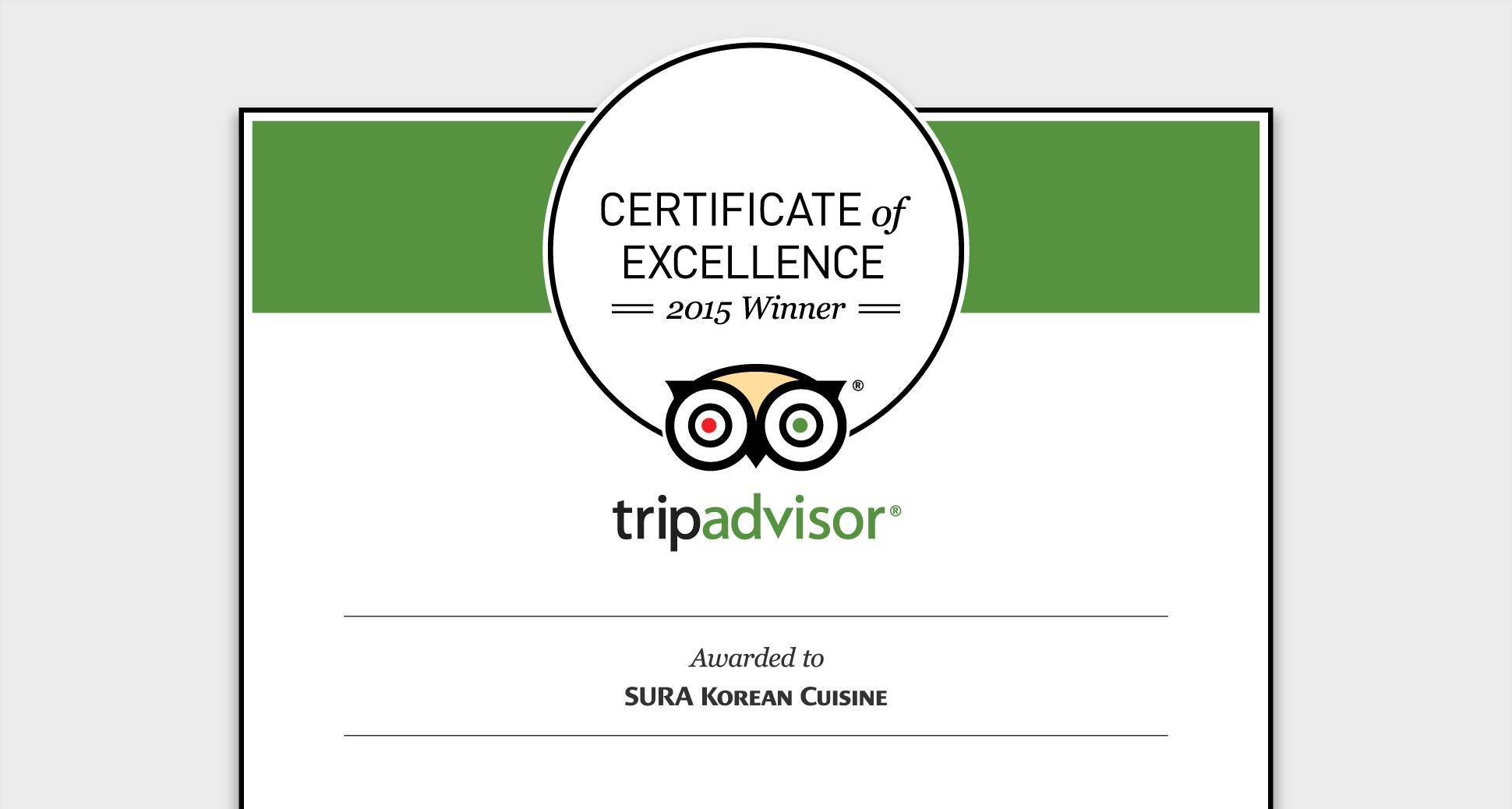 SURA has received the 2015 TripAdvisor® Certificate of Excellence

We couldn’t do it without the support of you, our awesome customers! Thank you!